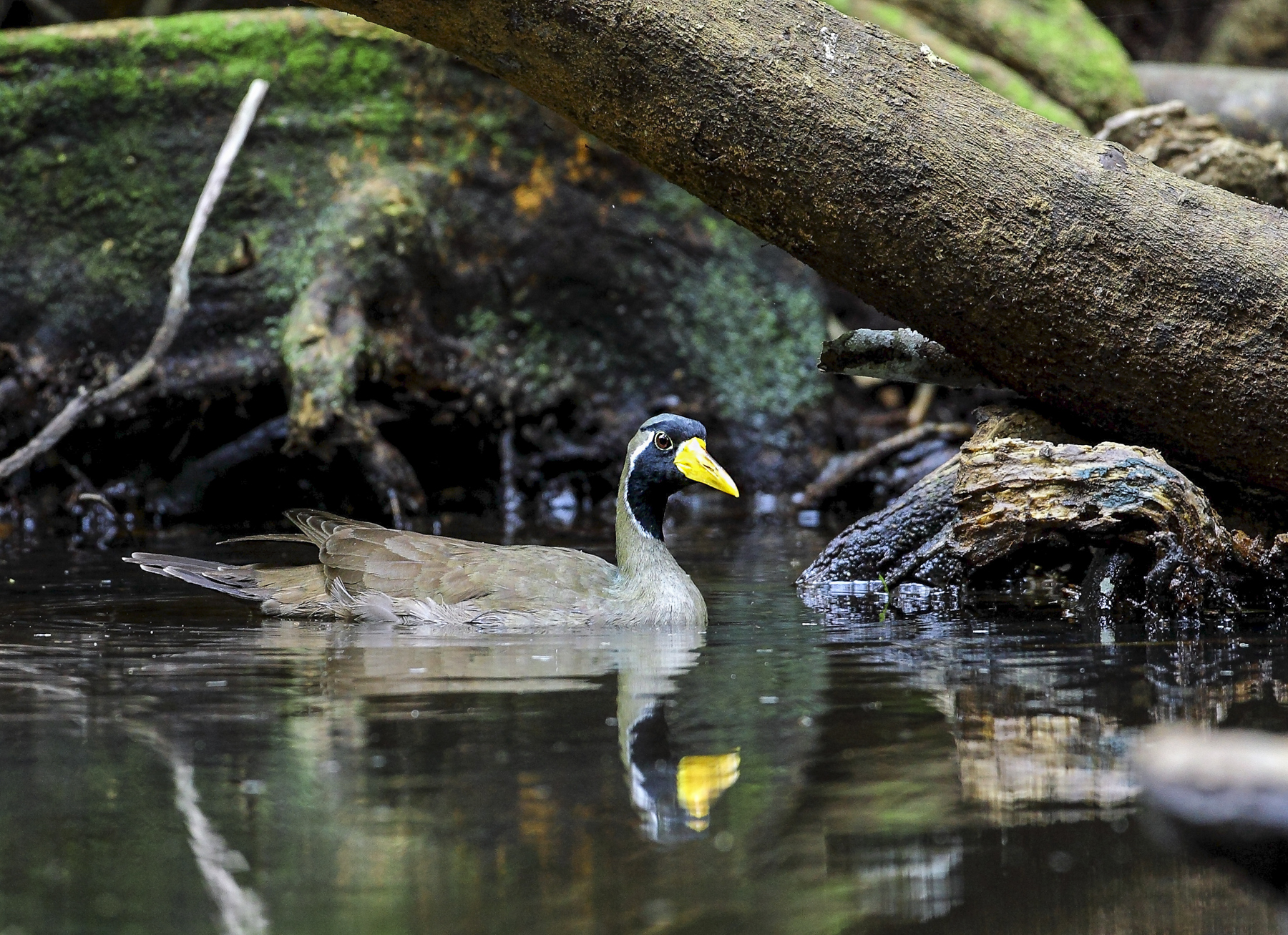 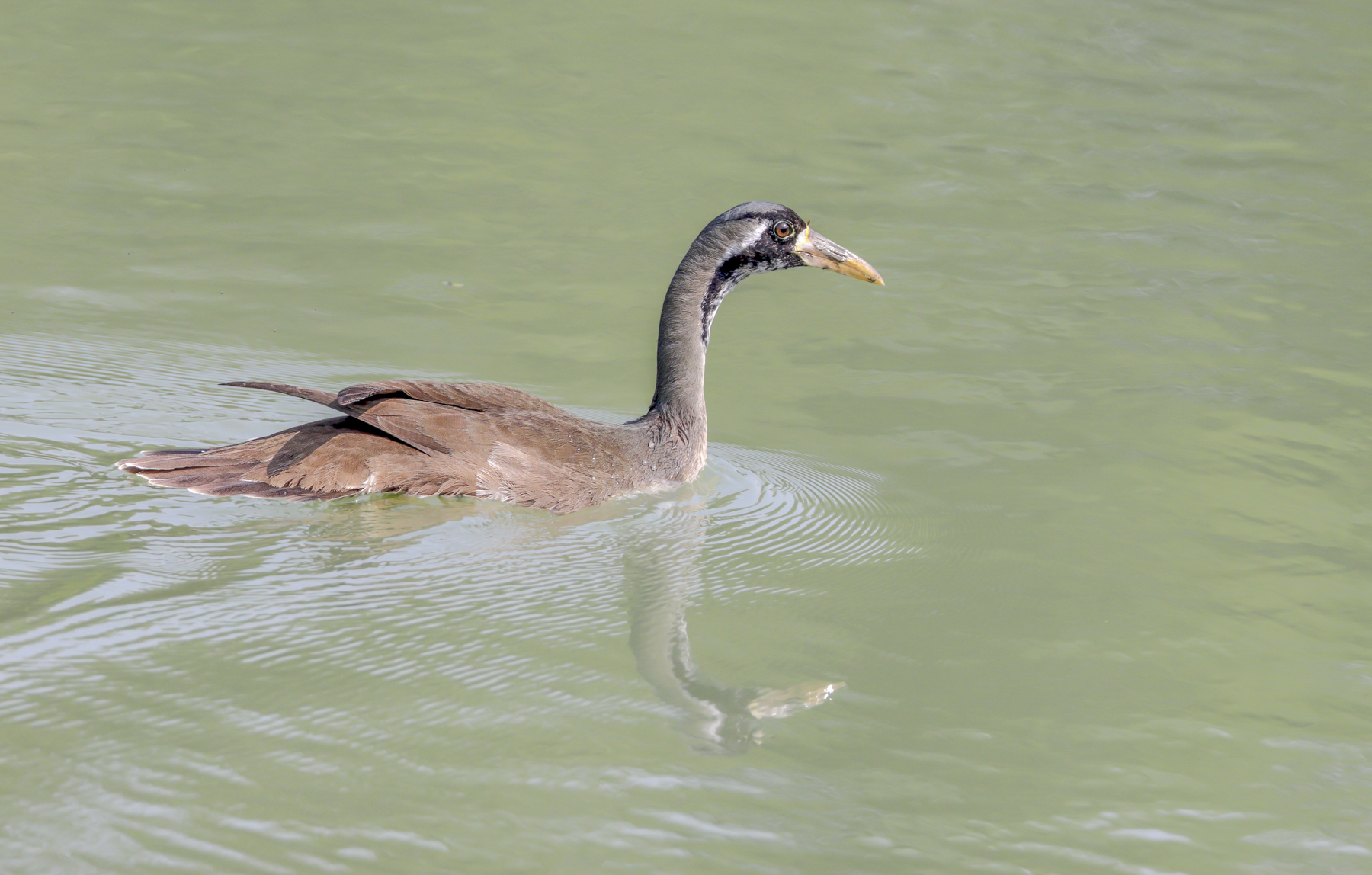 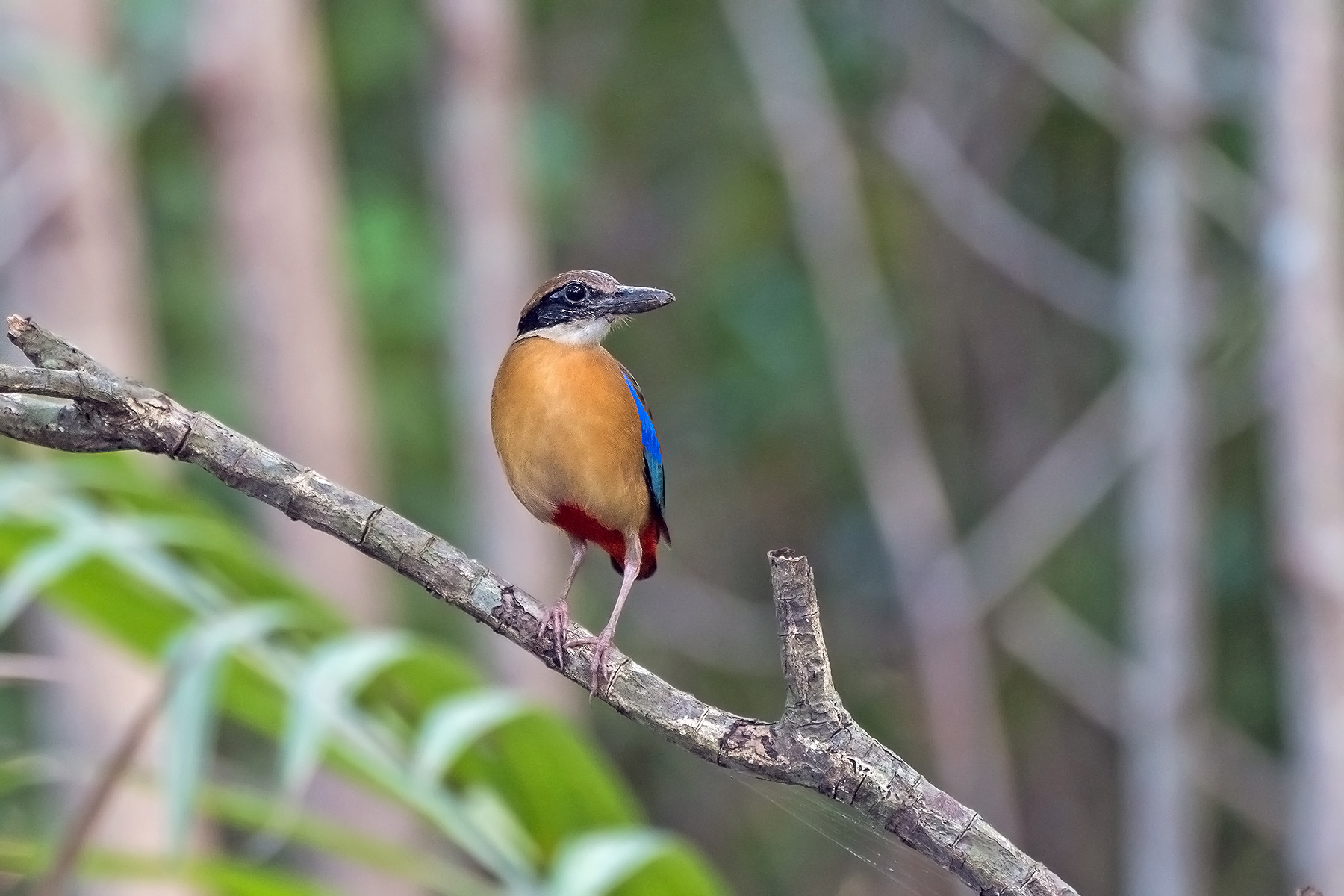 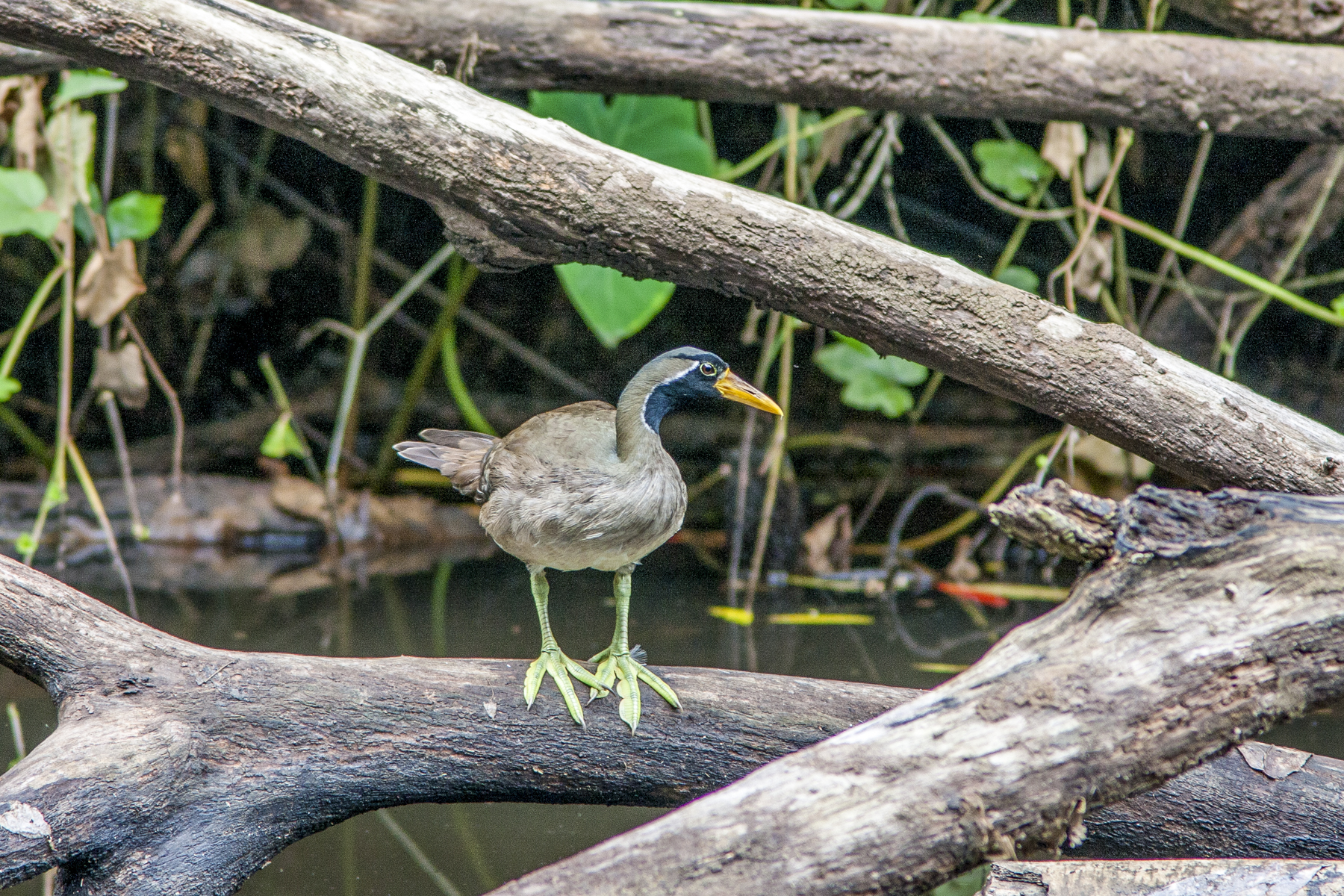 Birdquest’s Bangladesh Expedition is a special ‘Quest for the Masked Finfoot’ with the range-restricted Cachar Bulbul and some other good birds like White-cheeked Partridge, Buffy Fish Owl, Brown-winged Kingfisher and Mangrove Pitta thrown in for good measure.

The Masked Finfoot used to be a fairly widespread species in the eastern Indian subcontinent and Southeast Asia, but endless human destruction of its mangrove and riverine habitats has driven the species further and further down the road towards extinction. None of the places where we used to see Masked Finfoot are reliable any longer and the Sundarbans National Forest in Bangladesh now appears to be the last stronghold of the species, which is now ranked as Critically Endangered. It may now be restricted to Bangladesh and possibly Cambodia!

In order to access the remote, forested waterways of the Sundarbans, where Tigers and many other mammals and birds still roam, by far the best solution is to charter a riverboat with sleeping cabins. This is a comfortable option and widely used by non-birding visitors to the Sundarbans. From our riverboat, and by using a smaller boat in the narrow channels, we will patrol the waterways looking of course for Masked Finfoot and the other specialities of the area.

Before our sojourn in the vast combined delta of the Ganges and Brahmaputra Rivers, we will travel to northeastern Bangladesh. Here our major target is the very range-restricted Cachar Bulbul, shared only with adjacent parts of India (and hard to access there).  White-cheeked Partridge is another speciality and we are sure to encounter a large number of more widespread species.

Join us for something very different!

Note: This expedition can be combined with either our Red Panda Expedition or our Northwest India tour in 2024.

Accommodation & Road Transport: The hotel is of a good standard. The riverboat is distinctly comfortable with an observation deck, lounge, dining area and cabins for single, double or twin occupancy (but note that the toilets and showers are shared). Road transport is by car. Roads are variable in quality.

Walking: The walking effort during our expedition is easy throughout.

Climate: Typically it will be warm or hot, with a mixture of dry and sunny or overcast weather. Some rain is possible.

Bird & Mammal Photography: Opportunities during our expedition are fairly good.

We also include these flights: Dhaka-Jessore-Dhaka.


The single room supplement applies to the nights near Satchari only. If you would like guaranteed single occupancy of a cabin on the riverboat the additional charge is $600 (approximately £500, €590 or AUD860).

The single supplement for the hotel nights will not apply if you indicate on booking that you prefer to share a room and there is a room-mate of the same sex available. However, if you opt to share a cabin on the riverboat you will not have to pay the single cabin supplement if there is no cabin-mate available.

Bangladesh: Day 1  Our expedition begins this morning at Dhaka airport. From the capital city of Bangladesh, we will make our way northeastwards to the vicinity of Satchari National Park for a two nights stay. This afternoon we will commence our exploration of Satchari.

Bangladesh: Day 2  Satchari National Park is situated in the southwestern part of Sylhet District. Unlike most of Bangladesh, Sylhet District is quite hilly and Satchari, which means ‘Seven Streams’ in Bengali, protects an extensive tract of tropical forest.

The bird which has brought us here is the extremely range-restricted Cachar Bulbul, a species only found in northeast Bangladesh and in adjacent India (where it is hard to access for non-Indians). Fortunately, it is quite easy to find at Satchari.

Another good bird is the White-cheeked Partridge, which we have a fair chance of seeing as opposed to just hearing.

Mammals tend to be few and far between in this part of the world but we should encounter Capped Langur.

Bangladesh: Day 3  Today we will head back to Dhaka and take a short flight to Jessore in southwestern Bangladesh. From there we will head for a channel of the Ganges and board our comfortable riverboat for a six nights stay. Afterwards, we set sail for the Sundarbans!

Bangladesh: Days 4-8  The vast delta of the combined Ganges-Brahmaputra rivers, known as the Sundarbans, is a geographical wonder of the world. Nowhere else on our planet do two of the world’s great rivers enter the sea in the same area!

The ‘grailbird’ of the Sundarbans is the fast declining and Critically Endangered Masked Finfoot. We used to see this species at various locations in Southeast Asia, but nowadays it has become extinct or very hard to see in all of them. The Sundarbans of Bangladesh appear to be the Masked Finfoot’s last stronghold and here we have a very high chance of an encounter.

Other great birds of the area include Indian Spotted Eagle, Buffy Fish Owl, the big Brown-winged Kingfisher and the impressive Mangrove Pitta.

Ganges River Dolphins are regularly encountered and we should also see Rhesus Macaque, Jungle Cat, Asian Small-clawed Otter and Small Indian Mongoose. The Sundarbans still have a good population of Tigers, but our chances of an encounter are low as the Tigers are shy and still persecuted. If we are really lucky we will come across a Fishing Cat.

Bangladesh: Day 9  Today we will return to Jessore and take a flight to Dhaka airport where our expedition ends this evening.