BIRDQUEST > South America (and its islands) > Chile Tours > FUEGIAN SNIPE EXPEDITION, CAPE HORN, CHILE – In Search of the Grail-Bird at the End of the World

South America (and its islands)

FUEGIAN SNIPE EXPEDITION, CAPE HORN, CHILE – In Search of the Grail-Bird at the End of the World 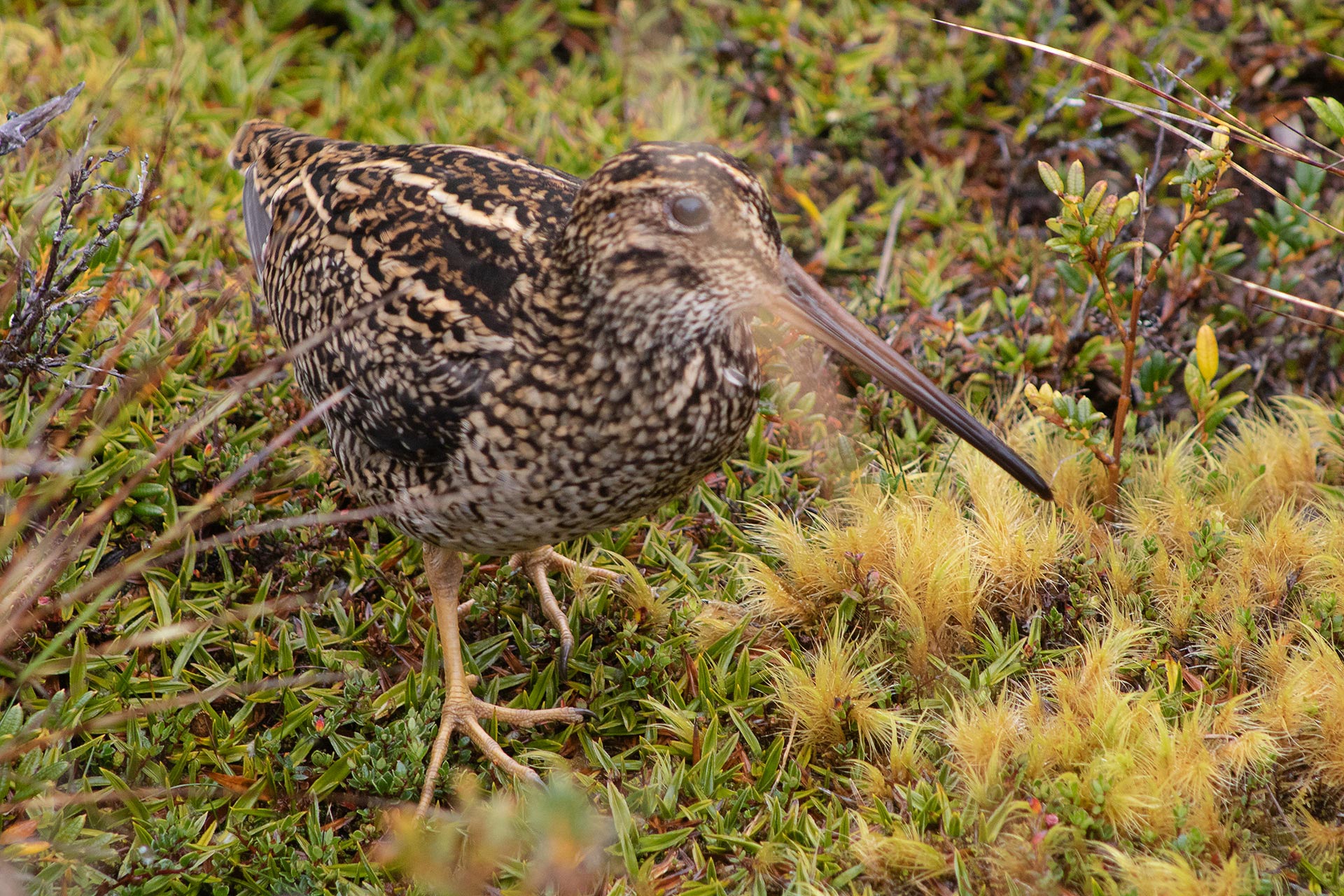 The rare and little-known Fuegian Snipe (image by Enrique Couve)

The rare and little-known Fuegian Snipe (image by Enrique Couve)

Our good friends Claudio Vidal and Enrique Couve at Far South Expeditions have managed to charter a yacht for us for a special Fuegian Snipe Quest in January 2020, to be guided by Enrique.

Fuegian Snipe is a rare, very little-known and barely accessible species that inhabits the small islands off the southernmost coastline of South America. Hardly any birders have ever seen one, and indeed most birders who are aware of its existence regard it as a ‘grail-bird’; one of those species that one dreams of, but never finds.

Our own Mark Beaman wrote about it and called it “A true bird of mystery: wanted by so many, observed by so few”.

Well, now you have the chance to participate in a Fuegian Snipe Expedition to the very best area for the species, where the highest density occurs; the remote islands of the Cape Horn archipelago. 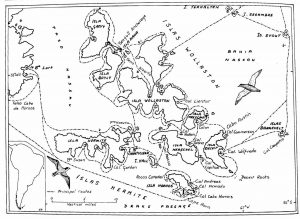 During our expedition, which will have some scientific purpose as the primary intention is to survey the islands for snipe, we plan to explore Grevy, Bayly, Wollaston, Herschell and Hermite Islands, all of which can be seen on the above chart, and we may have time for more. Cape Horn, or Cabo de Hornos, island itself is a Chilean military outpost, but even so we may get permission to land.

The Fuegian Snipe is one of the least-known waders of Chile and the Neotropics. It has a stockier and heavier body than the migratory South American Snipe Gallinago paraguaiae, a summer resident in southern Patagonia. With its very long and broad-based bill, which it uses as a deep probe, the Fuegian Snipe feeds on invertebrates living in the peaty soil. It has noticeably thick legs, broad, very rounded wings, and, of course, the usual snipe-type, cryptically-coloured, plumage. There is individual variation, with some birds much darker or paler than average. It is believed to be most active at dusk, dawn and during the night, although in January there is no true darkness at these latitudes.

An endemic to southern Patagonia as mentioned above, it is rare, range-restricted and localized, confined to seldom-visited parts of the maritime, insular, western slope of the Andes, from sea level up to around 800m. It nests in the boggy tussock and other windswept Patagonian grasslands and  flooded peat bogs of Sphagnum moss, close to the edge of evergreen forest of Magellan’s Southern Beech Nothofagus betuloides and Guaitecas Cypress Pilgerodendron uviferum.

It can be hard to spot if it does not move or flush. If threatened, it flies a short distance on fast wingbeats, following a straight course, to land nearby and scurry among the clumps of grass until it stops and sits still, making its detection difficult amidst the vegetation thanks to its highly criptic colours  and patterns. It also sometimes perches on the roots of dwarf trees.

There are a few records in the non-breeding season to the north of Patagonia, which leads ornithologists to infer that part of the population may migrate, leaving the area during the coldest months. Its migrations, displacements, vocal behaviour and biology in general are still pretty well unknown and require far more research and study.

Our main quest is of course the Fuegian Snipe, but these remote islands have many other birds, most notably Magellanic Diving Petrel, Striated Caracara, White-throated Caracara and Blackish Cinclodes. There is also a fair chance for the uncommon Rufous-tailed Hawk.

Accommodation: We use a comfortable hotel in Puerto Williams. We will be staying and travelling between islands on the yacht M/Y Chonos. She is 17 metres (56 feet) in length and has two passenger cabins. There are two bathrooms. There will be plenty of food and a good atmosphere on board. This may be a real expedition, but it will also be fun.

Walking: There are few paths on these uninhabited islands and the terrain is often boggy and/or undulating, so the walking effort will be moderate. If you want to look for White-bellied Seedsnipe out of Puerto Williams you need to be reasonably fit as the walk up to the site is fairly demanding.

Climate: Isla Navarino and Cape Horn is an ‘edge of the known world’ kind of place, often windy, with changeable weather: sunny spells change to rain and overcast, and back again, often in short order. It is cool even in January, which passes for early summer in these parts.

Bird Photography: Opportunities will be quite good.

We also include all tipping for local drivers and accommodation/restaurant staff while ashore.

Deposit: 30% of the total tour price. Our office will let you know what deposit amount is due, in order to confirm your booking, following receipt of your online booking form.

Tips/Gratuities for the boat crew are not included. We suggest you allow around US$125.

The single supplement quoted above only applies to the nights ashore in Puerto Williams.

Single accommodation on board M/Y Chonos is not available.

In order to join the Fuegian Snipe expedition you will need to fly to Punta Arenas in southernmost Chile, via the capital city of Santiago, and then take a local flight to Puerto Williams on Isla Navarino.

Fuegian Snipe Expedition: Day 1  The expedition begins this afternoon at Puerto Williams, situated on Isla Navarino, which lies to the south of Tierra del Fuego, where we will spend the night.

Fuegian Snipe Expedition: Day 2  Depart from Puerto Williams and sail to the Cape Horn archipelago for the start of our Fuegian Snipe Quest. We will spend the next 7 nights onboard our yacht, the M/Y Chonos.

Fuegian Snipe Expedition: Days 3-8  Exploring the Cape Horn archipelago. During our Fuegian Snipe expedition, we plan to make landings on Wollaston, Grevy, Bayly, Hermite and Herschell Islands and may have time for more.

Fuegian Snipe Expedition: Day 9  We will return to Puerto Williams for an overnight stay.